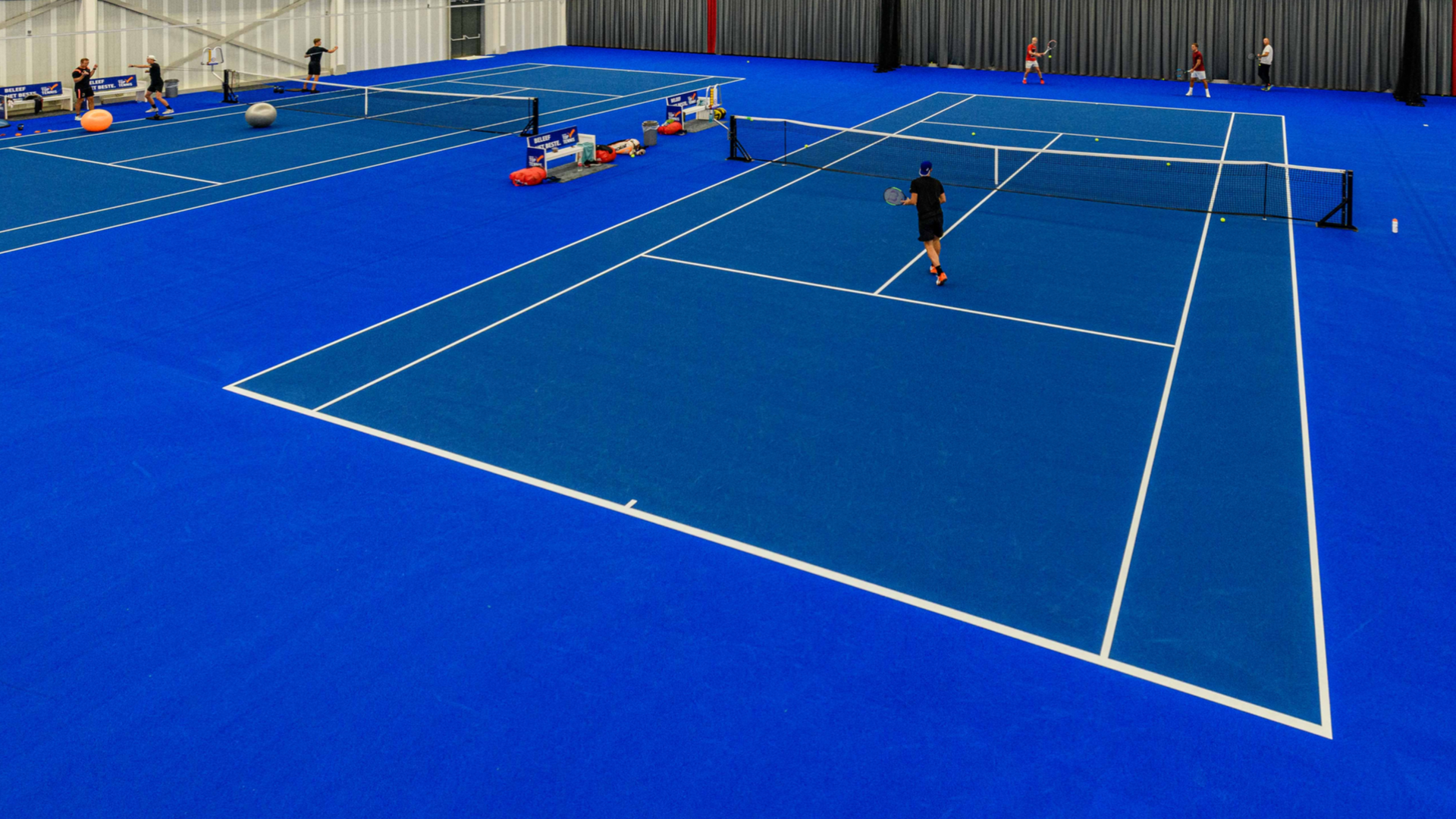 On the grounds of Sportpark De Kegel in Amstelveen, the municipality of Amstelveen, owner Netjes Beheer B.V. and the KNLTB have officially launched the construction of the National Tennis Center (NTC) yesterday. Per 1 september 2019, the office in Amersfoort  and the current National Training Centre in Almere will move to Amstelveen. The merging of top tennis and sport more generally in the NTC is an important step for the future of tennis in Netherlands.

Under the watchful eye of a number of invited guests, General Manager of the KNLTB Erik Poel, KNLTB top tennis board Member Eric Wilborts and Peter Bot, Amstelveen municipality Alderman for Spatial planning and Sport gave the go-ahead on the construction site for the start of the construction of the NTC. Owner Netjes Beheer begins with the construction of a parking garage, after which construction company Vaessen, which was awarded with the contract to realise a comletely new tennis hall with various facilities and new outdoor courts, starts. It is special that the tennis courts will be build on top of the roof of the garage.

Erik Poel: 'Fantastic that it really is about to begin. We have been looking forward to this for a long time. Currently, it is still a construction site, but if you watch the animation you can get a good impression of what the new NTC will look like." The NTC is a major boost for the KNLTB to realise the objectives in the area of top tennis and sports in general. The KNLTB represents nearly 1700 tennis associations in the Netherlands and with that about 580,000 tennis players. "The National Tennis Centre in Amstelveen should become the beating heart of tennis in the Netherlands. One central location with all the facilities that talents need to reconnect with the world’s best tennis players and a place full of tennis experience where top tennis (abled and disabled) and tennis more broadly come together. Any tennis player or tennisfan in the Netherlands will like to visit (at least once), for a workout, a competition, an event, a meeting or championship. "

Peter Bot: "The National Tennis Centre is an asset to Amstelveen. We will have the Papendal of the tennis sport within our municipality borders. A huge quality impulse for the location. High-quality sports facilities and the guidance and coaching of top sport talents are high on the Amstelveen sports agenda. The Amstelveen tennis players will also benefit from the NTC. The sport will get more court capacity both inside and outside by being able to use the NTC-courts when they are not used by the KNLTB-talents. A real win-win situation, I’d say."

Wilma Schoonderbeek-Netjes: "The KNLTB is very welcome on our sports park. We are proud to be able to realise the NTC and in this way contribute to the promotion of the tennis sport and development of talented players. With the realisation of the NTC, we also take a big step in our ambition to let the sports park be lively and attractive for Amstelveen".

The complex possesses the most advanced measuring equipment, fitness and physical therapy areas, medical facilities, restaurant and offices. On the grounds is also Grand Hotel Amstelveen with 99 rooms. With these facilities, there is plenty of space for organising tennis events, training camps, teambuilding activities, meetings and conferences. In addition, other racquet sports such as padel can make their appearance here. The NTC is the business card for tennis in the Netherlands when it comes to hospitality, accommodation and sustainability.

The KNLTB, the municipality of Amstelveen and project developer Netjes Beheer B.V. were in conversation since June last year, but have now reached an agreement. Erik Poel, the General Manager of the KNLTB, calls the news an important step for tennis in the Netherlands. "We are quite happy with this big step forward. The NTC is essential for the future of tennis in the Netherlands and the KNLTB; one central location with all the facilities that our talents need to reconnect with the best in the world.

The NTC is also a significant boost to our objectives in the field of top sport and sport in general. We represent nearly 1700 tennis associations in the Netherlands and with that about 600,000 tennis players. In this way, one place will be created where top tennis and tennis in general come together. "